The game cam caught this big guy in the backyard enjoying the corn we put out in our feeder. We occasionally see them during the day from the back porch but not often so it’s great to have eyes at night through another lens.

In seeing the buck and other deer on the game cam and on a camping trip we took over Labor Day weekend, it got me thinking about a phrase involving the buck from decades ago.

When President Harry S. Truman added the plaque to his desk at the Whitehouse that read “the buck stops here,” I wonder how many read it and took the words to heart?

In watching or reading the news these days, it seems we never fail to learn that someone has blamed others for their lack of success, their lack of commitment, their inability to keep their word, etc. From elected officials and celebrities to law breakers and company CEO’s and even others we see every day at work or elsewhere, no one seems to want to accept what happens because of their actions or the lack thereof.

Who wants to admit their failures and bad decisions? I certainly don’t but it’s really more of an internal battle for me rather than a worry about the consequences. I have certainly had to deal with decisions I didn’t like but I survived, far better than I thought I would.

It makes us feel uncomfortable to admit a decision was ours and we fear people will judge us for it. It seems easier to run away or cast blame on others, creating a smoke screen, rather than own up to something that didn’t work out the way we thought it would.

It’s easy to own our successes but owning our failures, not so much. If we can overcome the fear of the consequences we could face, we can get through it. And, yes, some of those fears might become reality, depending on what we’ve done. People might judge us, we might lose a friend, we might not get reelected, but we will know that the buck stopped with us.

Once we do own it, we give ourselves a chance to show our leadership, our courage and our ability to honor the word we gave in the first place. And maybe, just maybe, we’ll better understand how applying “the buck stops here” to our lives could be one of the most important things we ever do.

I was blessed this weekend with some amazing sunrises so let’s take a look before I get started with this week’s views from my veranda. 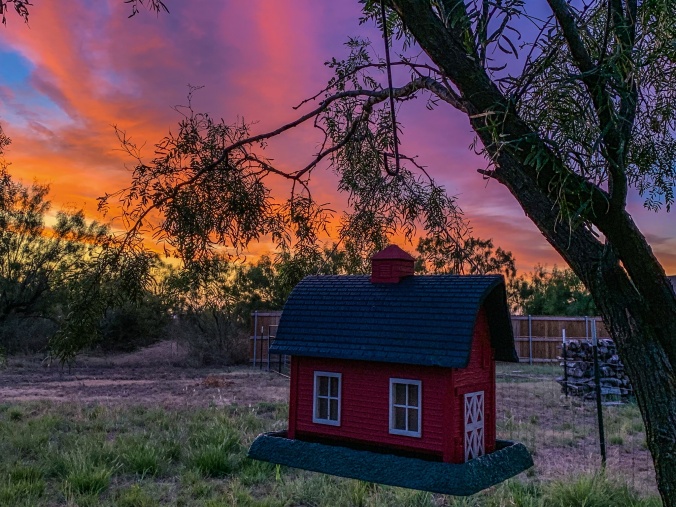 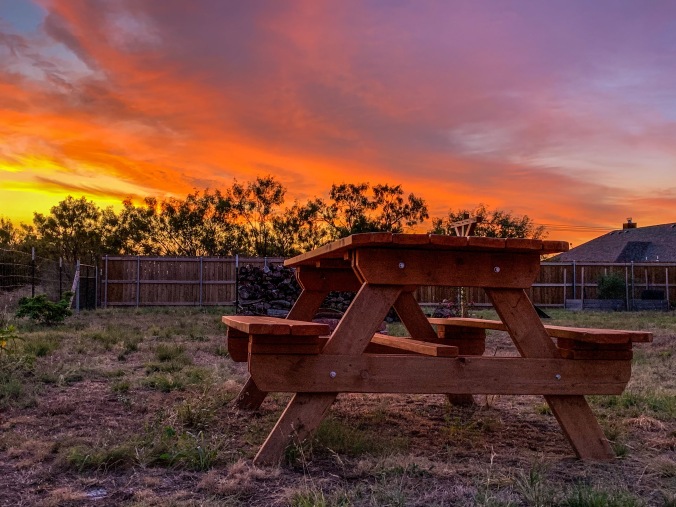 I’ve been blessed with a number of fantastic mentors in my life, offering advice to me whether I thought I needed it or not. And when you’re a young, know-it-all, even in your 30’s, you REALLY don’t want to listen to advice from someone in their 40’s. That’s ancient…says this now 55-year-old.

One of the best pieces of advice I’ve ever been given was to pick my battles. As an athlete growing up, I still struggle with the concept but have learned through many trials and errors that it’s great advice.

As I sit on the back porch, watching the hummingbirds speedily flying around and determining which feeder they want to enjoy, the concept of pick your battles comes to mind. More times than not, I see a hummer fly up to get a taste of sugar water, only to be buzzed by a competitor then chased in what looks like a mid-air smack down across the backyard until they all run each other off before the next round. 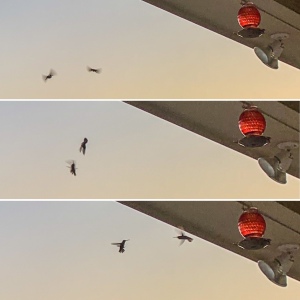 Considering hummingbirds need to consume around half of their weight in sugar daily and they eat around five to eight times per hour, it doesn’t make a lot of sense to me why they choose to fight when they really need to be saving up their energy and sit in one of five or six spaces in one of my feeders for a drink. Since I have four feeders, the birds have 22 different spots to sit on and reserve their energy and get what they need to survive. 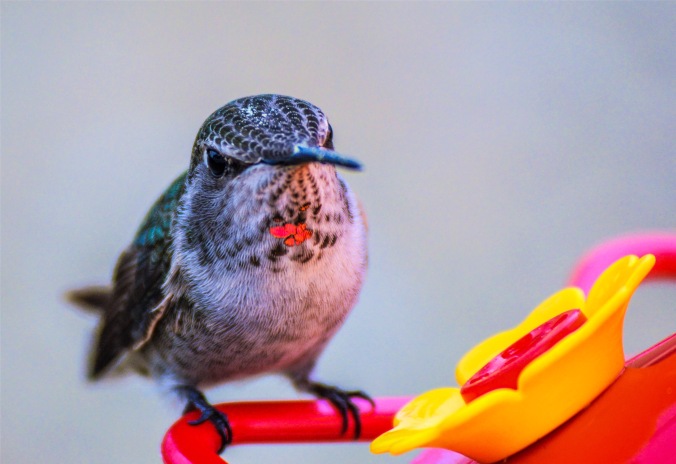 It’s my view that the same goes for humans.

As I shared earlier, I was an athlete growing up, so I understand competition, especially in sports and even when applying for a job. You want to win!

To fight a battle just to be able to say you did is a competition in which we should choose not to partake. It’s not an easy lesson but an important one. Why? Because when a truly important battle finally arises and you’ve held off until the thing you’re passionate about comes up, your true desire to win will shine through. Those you are “battling” might just see your view and determine you should indeed win the battle and they might even join your side.

Or they might just surprise you and choose their own space and not get in your way at all, allowing you to accomplish what you were seeking all along. If hummingbirds can do it, why can’t humans? 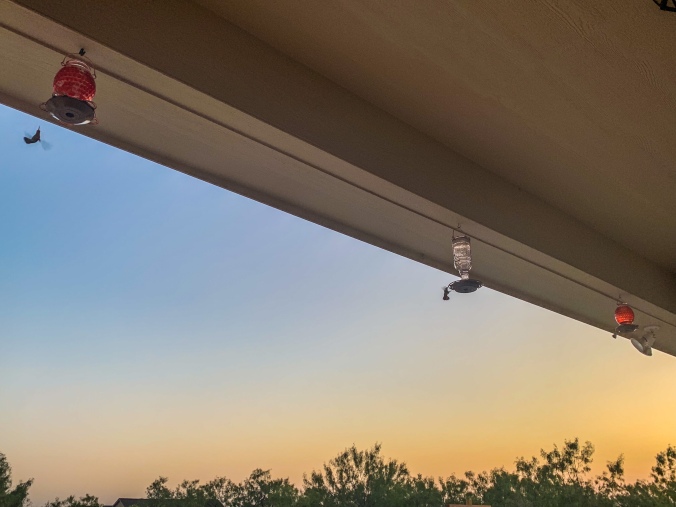